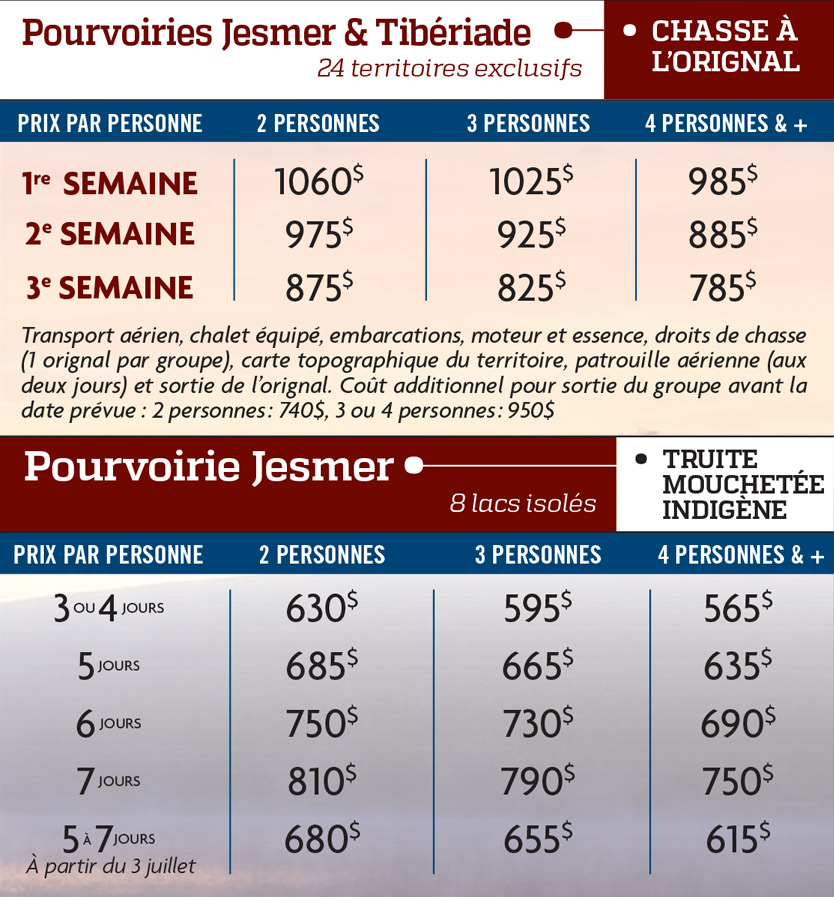 Jesmer Outfitter was created and launched for the enjoyment of the general public in the fifties. It is also the story of a dreamer, who wanted “mankind” to have the benefit of this natural wilderness where trout fishing and moose hunting were of phenomenal grandeur. Alike the territory at Tibériade Outfitters, it is a rather mountainous terrain also divided by a river. In fact, Blueberry River flows in an uproar from north to south and runs into Rivière Bazin, which is the south boundary of Jesmer Outfitter. Oddly enough, on the west side of the river you can fish for speckled trout, while on the east side you cast mostly for northern pike and pretty large specimens too.

Trout fishing also holds a few surprises. There was no fish stocking in these lakes. The native wild trout is voracious and to catch 1.0 kilo specimens is a current occurrence. Although they are not the average catches, we must admit. 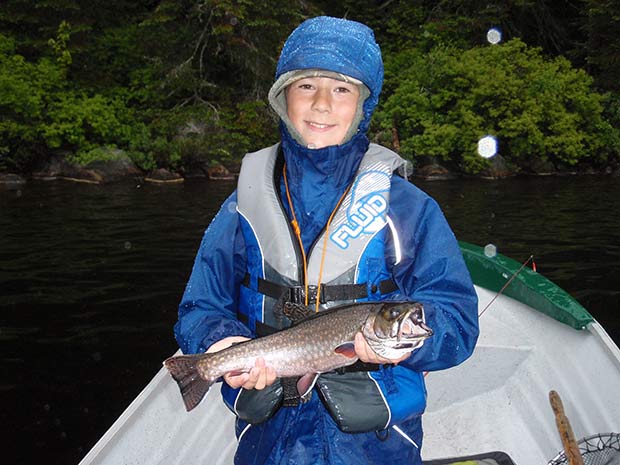 For a few thousand years, families of northern pike settled at both lakes Dorothy. Curiously, these waters are more apt to foster the survival of speckled trout. Because of the large population of pikes and their very size, honestly, few swimmers venture in these waters. An average 4 kilo catch is a current occurrence, and some 12 kilo pikes were captured, mainly at lake Grand Dorothy. We are told that families of ducks don’t last long on these lakes. There are tales galore on the subject.

Each cabin is housekeeping style. Lightning, oven, refrigerator and hot water system are propane working equipments. Running water is provided through a gravity system powered by a gas pump easy to use.

Boats, motors and gas are available at each cabin. Canoes are also available especially on remote lakes around.

A clean and well maintained trail network gives access to some adjacent lake where speckled trout can be fished.

Pleasure and Comfort for your hunting activities!